› Tips and Tricks › Trending Now › wedding decor › Smoke Bomb Photography: Everything Is Going Up In Smoke

Smoke Bomb Photography: Everything Is Going Up In Smoke 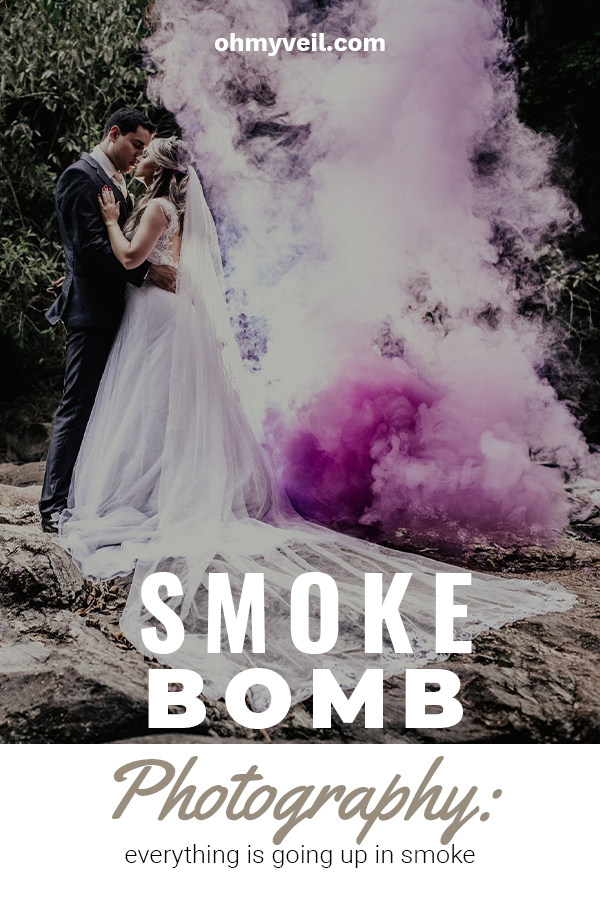 What Is Smoke Bomb Photography?

Smoke bomb photography is exactly what it sounds like photography with a cool colorful smoke effect. Though they sound dangerous, smoke bombs only release a colorful smoke that photographs absolutely beautifully. The bombs themselves come in small capsules that can be released by way of a pull cord. They’re available in a variety of different colors, so it should be relatively easy to find ones perfect for your wedding with this Amazon link. Find some must know tips and tricks for smoke bomb photography below! 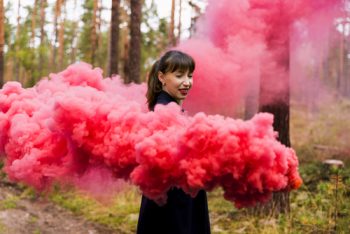 They Don’t Have A Long ‘Shoot’ Life…

It’s important to note that the smoke bombs themselves will give off bright and vibrant colors…for about 30 seconds that is! If you expect that your shoot will last longer than that (and let’s be honest, you couldn’t get a whole lot done in only 30 seconds..) I recommend purchasing more than one smoke bomb. In fact, I’d purchase three or four, just to be safe! 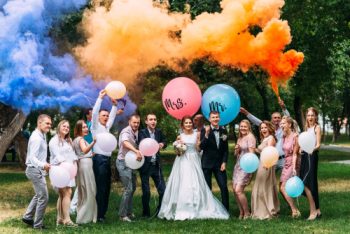 Wind Is The Enemy…The Only Enemy

If your big wedding day is turning out to be a little bit windier than you may have hoped, I would recommend skipping the smoke bomb photography and saving it for another day. I know, I know, it would be a bummer not to use your colorful smoke bombs, but the wind wouldn’t create ideal photo conditions, anyway! If you absolutely MUST shoot your smoke bombs, in spite of the wind, we recommend doing so in a wooded area. The trees are wonderful for blocking some of that wind! 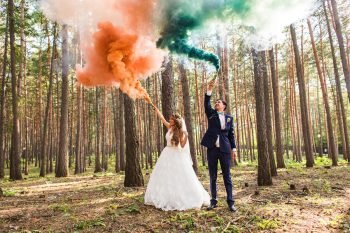 Prepare Yourself…Your Clothing May Get Stained

Though many varieties of smoke bombs promise users that they will not stain, friends of mine tell me that these promises aren’t always the most accurate. Before your big day, purchase a few smoke bombs you can test out while wearing clothes that can get stained. Keep testing until you find one that will keep your wedding dress just as beautiful as when you walked down the aisle to your new spouse! 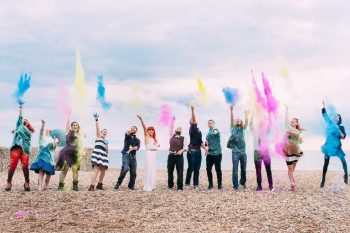 They Work Best In Small Crowds

As cool as it looks, it’s much more difficult to get a great smoke bomb portrait when you have an exceptionally large wedding party. As you can probably imagine, it’s hard enough to get large groups coordinated as is, and even harder when you add an element such as a smoke bomb! If you do choose to incorporate a smoke bomb into your large wedding party photos, I recommend getting everyone staged and in place before you pull the smoke bomb. Of course, determine who is responsible for pulling the smoke bomb, as well! I also recommend having a photography assistant handy for larger groups, as well. 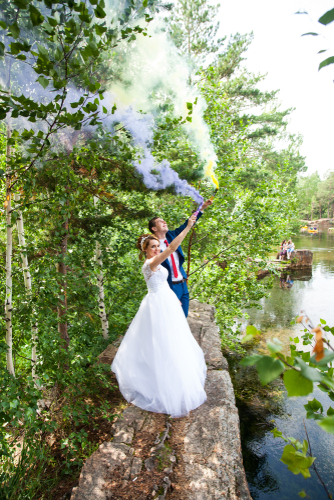 Keep Them Away From Your Face And Constantly Move Around

Naturally, you aren’t going to want to hold your smoke bomb directly in your face. Not only will it make for a pretty lame picture, but the smoke may irritate your skin or eyes. Keep the bomb away from your face, and constantly move when the smoke is going off. If you don’t move around, your photographer may have a hard time finding you in the large cloud of smoke! 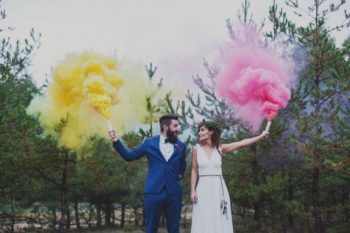 Party’s Out Back: Backyard Weddings 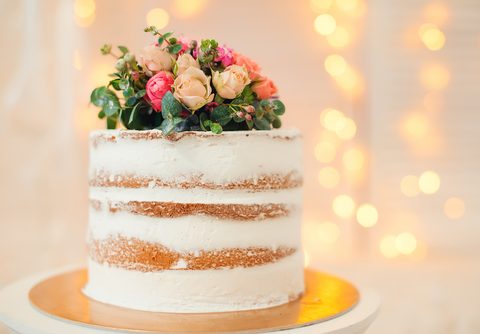 Betcha I Can Make You Say I Do: Who Wants To Learn About 2019 Wedding Trends?

As a wedding planner, I have to constantly stay on top of the seasonal wedding trends! If there’s one thing

8 Things You Need to Know About Hiring a Photographer